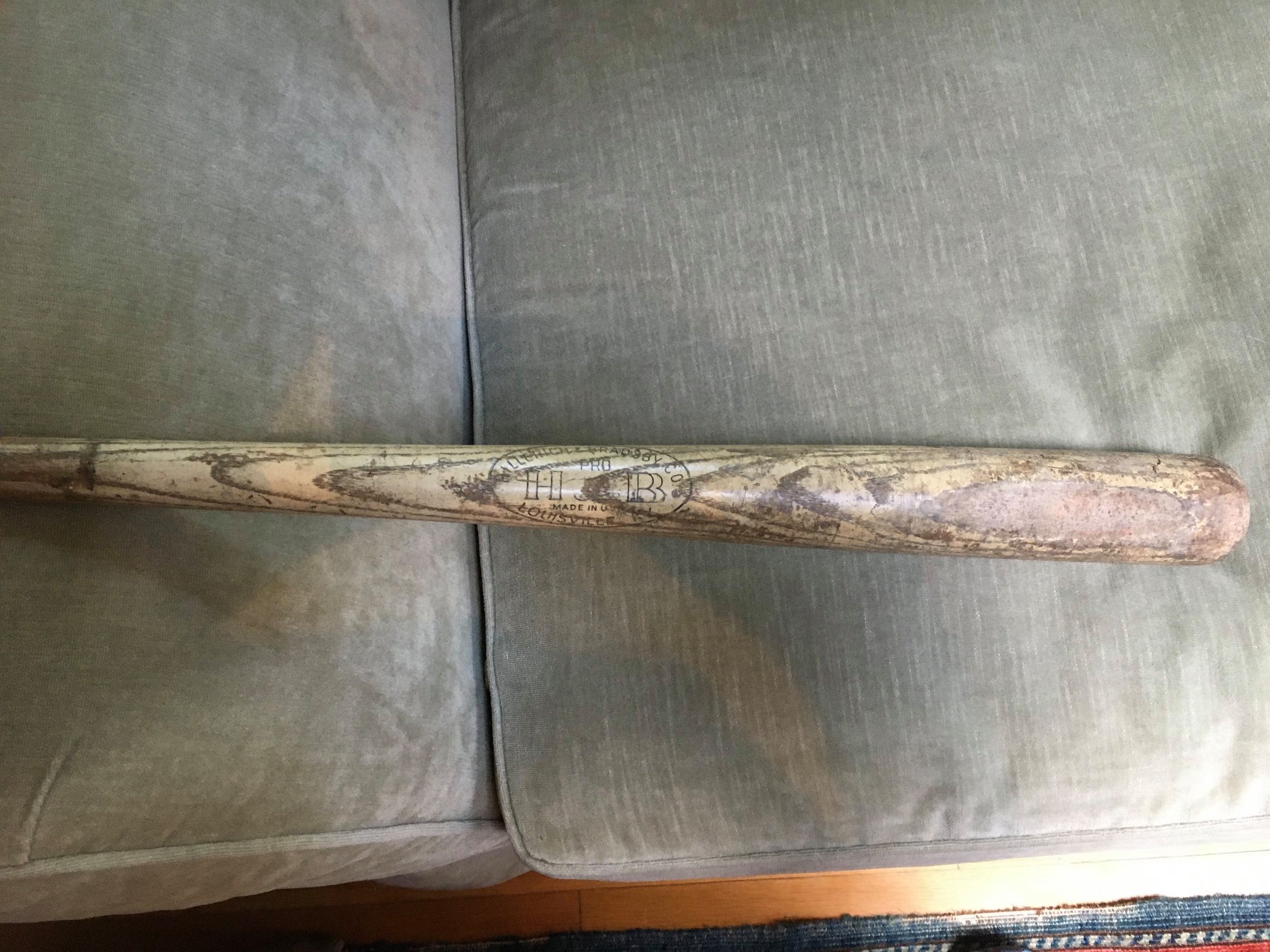 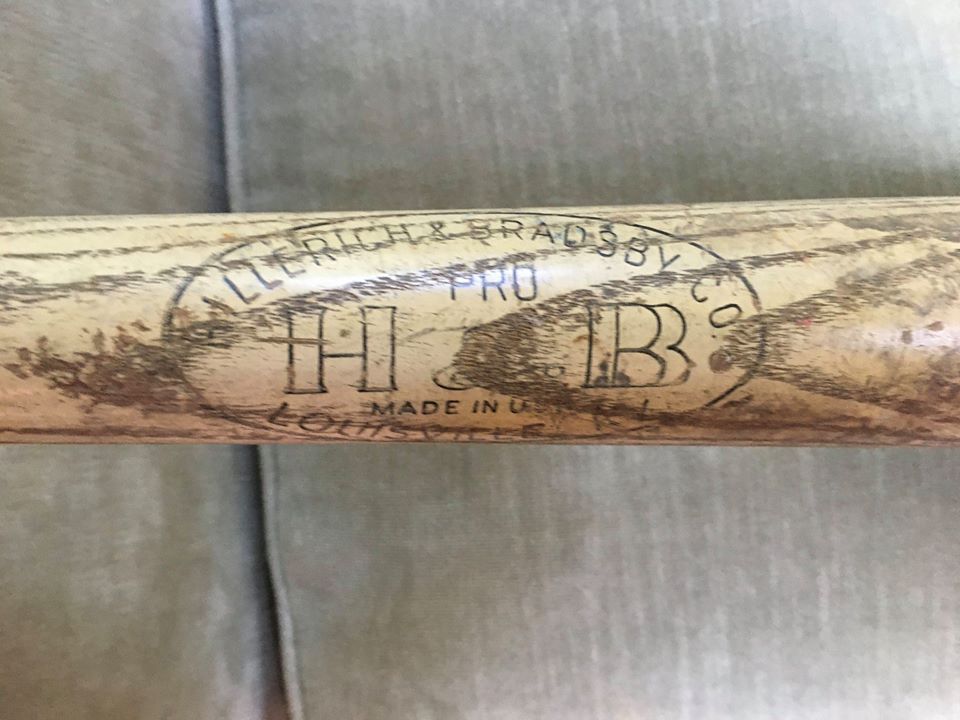 My father hated the Yankees. Hate is such a strong term. Perhaps detested. It wasn’t just about baseball. It was political, sociological. The fact that the Yankees were one of the last teams to integrate and failed to sign the great Jewish New York ballplayer Hank Greenberg in the 30’s and 40’s was mentioned once, twice, perhaps a few thousand times in my household. Rooting for the Yankees, I was advised, “is like rooting for U.S. Steel.” My father loved telling the story of the time he went to Yankee Stadium as a kid with his brothers and saw Lou Gehrig slide into second base and not get up. With the Stadium crowd quiet, my father and his fellow New York Giant fan brothers cheered because they thought they were witnessing history, the last game of Gehrig’s famed playing streak. Gehrig came out of that game injured but returned to the lineup the next day to resume hitting doubles off the wall. So much for seeing history.

Five years after the Giants left for San Francisco, my father became a Mets fan. My older brother Douglas was also a Mets fan. And so, in 1965, I decided to root for the Yankees.

My timing was not the best. From 1947-1964, the Yankees were in the World Series 15 times, winning 10 World Series titles. By 1965, the thrill was gone. The team began its worst period in franchise history, just as I became a fan. My father, despite his feelings about the Yankees, dutifully took me to one game a year at the Stadium. I recall my father telling me about New York baseball history and how the Yankees used to be in the World Series almost every year. And I remember thinking “is he kidding? This team is lousy.” But I don’t recall having any such jaded thoughts as my father took me to my first game ever. June 20, 1965, a double header against a very good Minnesota Twins team. And it was Bat Day.

Bat Day. More than fifty years later, the thought of Bat Day still makes me smile. We would eventually become numb to the number of corporate sponsored giveaway nights at the ballpark. My favorite? Chiquita Banana Watch Night. But back in the day, there were three special giveaway days: Ball Day, Cap Day and Bat Day. And the bats were real Hillerich and Bradsby Louisville slugger bats. And on this day, my entry into the world of New York sports, we got two bats: Arturo Lopez, who had a cup of coffee with the Yankees, and second baseman Horace Clarke.

I would eventually cover a thousand games during my career, most blending into one another. But there is no forgetting your first game. Many of the memories are indelible. It started with the drive from our home in Monroe, NY to what forever would become known as “the Stadium.” The last part of the trip was on New York’s Major Deegan Expressway. And starting on that day in 1965 and every subsequent drive on the Deegan, my father would turn to me and say “you see those apartment buildings across the river? That’s where the Polo Grounds used to be.” Every time. In 1965, I was too young to recognize that he was saying this out of love for me and the team of his youth, the New York Giants. That’s where he saw his beloved Bill Terry, Mel Ott, and then after the war, the greatest of them all, Willie Mays. (When the song Willie, Mickey and the Duke came out in the early 80’s, I remember asking my father to compare the three. While admitting that Mantle and Snyder were great ballplayers, he said something to the effect of “no contest.” And every time a ballplayer dove to make a catch, my father would turn to me and say “Willie woulda had it standing up.” Every time).

So after I got my initial lesson about the Polo Grounds on Bat Day in 1965, I was introduced to another part of the New York sports experience: traffic. I didn’t need Google (which is a good thing because it didn’t exist) to know that the Stadium was packed (for the record, 71,245 in attendance). And they seemingly were all looking for parking at the same time. So we listened to the start of the first game of the double header on the radio as we looked for parking. I recall that by the time we actually got into the Stadium, it was already the third inning and most of the runs of that game had already been scored, primarily by the Twins. They would go on to the World Series that year and one of the main reasons why was their great hitter Tony Oliva. But Oliva had one problem…hanging on to the bat. Because of an injured thumb, Oliva was frequently unable to hold onto the bat, even chucking it once into the stands. Strange what you remember more than 50 years later.

Nothing strange about another memory from that day: my first view of the inside of the Stadium. It was the greenest green I’d ever seen. The infield was beautiful if a bit distant from our seats in the upper deck, then known as “nosebleed seats..” And the whole place looked to me like a cathedral, which of course it was. I would eventually become more of a hockey and basketball fan and would never tire of walking into Madison Square Garden to see the ice or the court that brought me immediately back to going to games with my father when the world was young.

But I digress. Bat Day 1965. The Yankees were swept by the Twins that day. Bronx Bombers? Not so much. The Yankees weren’t that good in 1965 and it only got worse from there over the next few seasons. They still had The Mick, but for some reason my favorite player became the first baseman, Joe Pepitone. And I also liked an outfielder, Steve Whitaker, because I wrote him a letter and he sent me a signed picture back. But for some reason, that era of Yankee baseball, sometimes bad, sometimes mediocre and eventually a bit better in the early 70’s, became synonymous with the second baseman. Horace Clarke.

Horace Clarke died last week. He was 81 and was remembered as a sweet man in a heartfelt post by the Yankees PR Director at the time, Marty Appel. Anyone who became a Yankees fan during the Horace Clarke years smiled a wistful smile upon hearing the news. Clarke was a perfectly fine player on some pretty poor teams. His story will never be told on a Yankeeography and the years 1965-1975 are usually a mere blip on the YES Network. But if you grew up a Yankees fan in those days, you loved them nonetheless: Pepitone, Tom Tresh, Jake Gibbs, Gene Michael, and eventually Bobby Murcer, Ron Blomberg, Roy White and yes, Horace Clarke.

1965 was Horace Clarke’s first season with the Yankees. Mine too. Bat Day 1965 began my lifelong love affair with sports. At times, that love affair has been tested: by players and teams and leagues that try your patience and make you cynical. But the game is still the thing. It just takes a lot longer than it did in 1965.

Just about all of my memories of Bay Day 1965 are intangible. Except for one. The bat. The first thing you looked for on Bat Day was the name of the Yankees player written on your bat. Not surprisingly, most young fans were hoping for a Mickey Mantle. I would have liked a Joe Pepitone. I walked away that day with a Horace Clarke bat and proceeded to use it everywhere: shagging flies, hitting rocks and playing actual baseball games. When I began my professional career (for the record, not in baseball) and started moving from here to there, the bat always came with me. The bat always survived bouts of “time to clear out the clutter.” And it’s survived to this day. It now resides in my daughter’s closet. The name has been completely rubbed off, but it’s the Horace Clarke. And every time I pick it up, squeeze the handle and take a few swings, it is once again Bat Day 1965. And the memories flood back. The Deegan. The Polo Grounds. My father. The parking. The greenest green. Oliva. Two Yankees losses. And Horace Clarke.